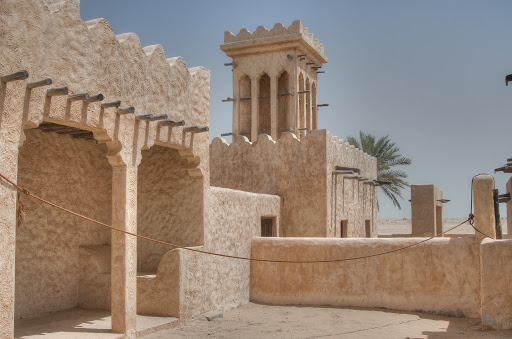 Summers in Qatar are an entire different story. We all know that during peak summers, the temperatures take off to a normal limit of 42°C in the country! Today, we almost don’t feel the sweltering heat because of the comfortable ACs and fans we have become used to. Have you ever considered how life was in Qatar before the innovation of air conditioning? Let us take you back in effort to get a brief look at how people used to beat the heat with basic yet successful techniques that they applied while building their homes and structures once upon a time.

How did people cool themselves before?

During the olden days, people built towers called Wind Towers, and it is also called as ‘Barjeel’ in Arabic, for cooling the temperature inside the structures before electricity was developed. The peculiar design of the building allows it to do as such.

In Qatar, the ‘Burj Al Hawwa’ or the Wind House Tower, housed in a traditional Qatari built in 1935, still stands the test of time and is one of the remaining wind towers in Qatar!

Once upon a time, houses that had wind towers signified wealth and status. Homes that were intricately built, with a yard or majlis (which are ordinarily observed in Islamic engineering even today), had the wind towers located on the exterior rooms of the house, where they normally invited guests.

How would they work?

1. The Wind Towers frequently rise more than 15 meters over the ground, where the wind speed is greatest and the air is cleaner and less laden with sand. Multidirectional wind-towers capture the wind from any direction.

2. The funnel helps the descending air into the room below. Wind exerts have high positive pressure on walls facing its flow.

3. Circulation of air gives a cooling breeze into the rooms. The breeze helps cool the body by increasing the vanishing of moisture from the skin.

4. A strong current of air maintains the air circulation. An opposite effect is created on other sides, causing air to be sucked through the structure and out of different vents.

Where can you see it in Qatar?

The Wind Tower House is an historical landmark and is situated in the yard of the Najada Shopping Plaza on Grand Hamad Avenue and Ali Bin Abdullah Street. This structure used to be the Ethnographical Museum. But, it is currently closed and the house is no longer open to the public, although it can be seen from the outside.