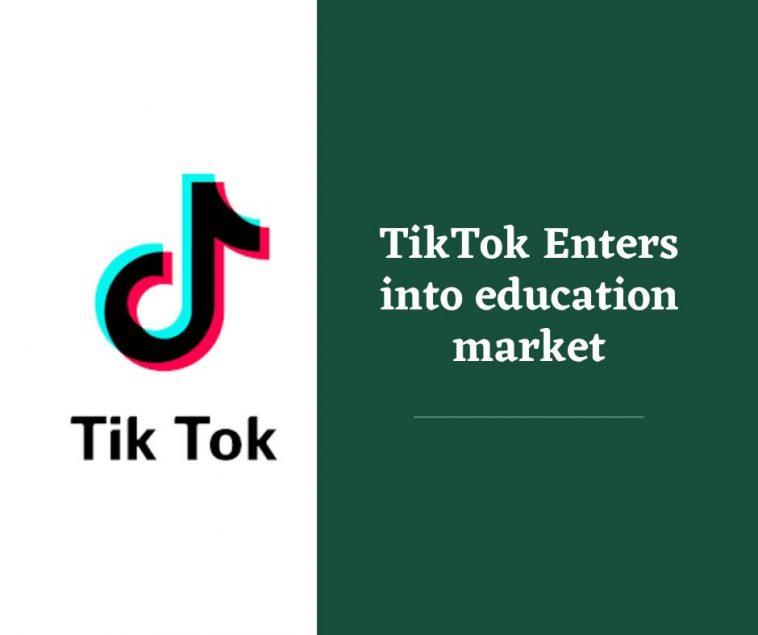 China’s video-sharing social networking service TikTok is all set to associate with multiple universities, institutions, and experts to produce education-based content on the platform.

The association will work on the commission basis wherein, the Universities and charities will be paid to create content for the TikTok.

This new commission-based partnership will raise the trend of micro-learning.

According to the reports, Tiktok has been downloaded more than 2 billion times on both iOS and Android platforms, since its global launch in 2017. The platform has a fantastic feature to create videos up to 15 seconds long with background music on.

Apart from gaining huge success from the user-generated recreational videos, the platform’s transformation towards professional learning content is noteworthy.

On the occasion of this event, the videos will include British actor Sean Sagar’s tips on preparing auditions. Alongside, the television presenter and mathematician Rachel Riley will assist in developing maths skills.

With regards to the announcement made, Tiktok’s general manager of Europe – Rich Waterworth to BBC Click said – “The platform has gain huge interest in creating educational videos, with over seven billion views with the hashtag #LearnonTikTok.”

“Going forward, Learn on TikTok is all about investment in partners and content creators to expand opportunities for professional content creation. We think this is the power of the social tool that delivers great learning experience with creative effects, audio, transitions, and the tools that make the content super engaging and fun, making people enjoy learnings.”

According to the English Heritage charity, that manages over 400 historical monuments, buildings and places, strongly believes that use of TikTok’s younger generation imparts widespread opportunities to explore and create content of various niche.

Martin Jefferies, the social media manager at English Heritage added — “We think that TikTok is a safe space to explore stories that matter most to young people, so thins like black history, LGBTQ stories from some of our sites, women’s history as well – it feels like a very safe, welcoming environment.”

“Now as professional video content is being accessed alongside user-generated content, Disney’s former head of stream taking TikTok into authority, could signify a new direction for the platform” – Jamie MacEwan, a research analyst at Enders Analysis suggested.

“TikTok is really looking to broaden its platform with more structured and premium content all over – said Kevin Mayer (CEO Disney).” We know him as a deal-maker for content and we look forward to more partnerships going forward.

At Disney, Mr. Mayer managed the successful launch of the firm’s streaming service – Disney Plus, in November 2019. It now has more than 50 million subscribers. He was also considered a key figure in the company’s acquisitions of Lucasfilm, Marvel, and Pixar.

Dr. Elizabeth Hidson, a senior lecturer in education at the University of Sunderland, points out that the platform will be following an already existing trend in online learning.

“Most of us will be friendly with the idea of going online to find instructional videos,” she said. “This idea of small units of learning is already well established in online education, which is known as micro-learning.”