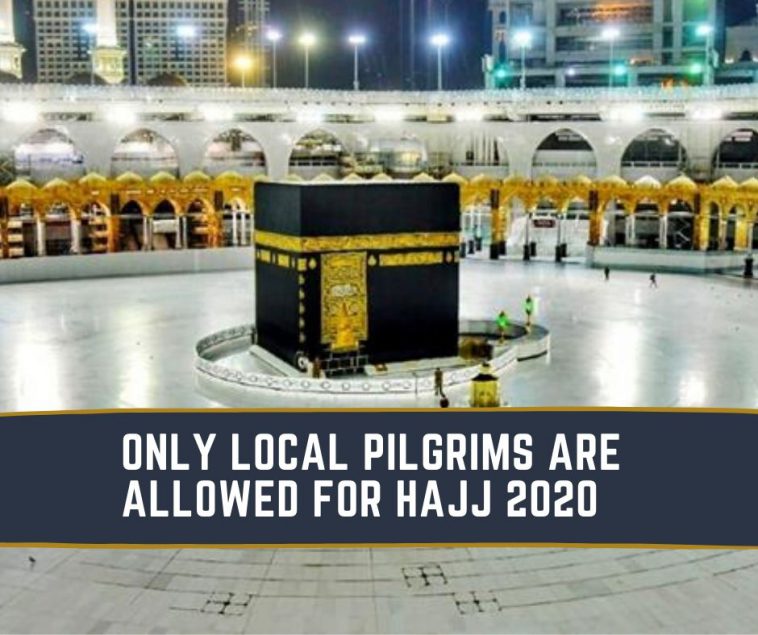 The pilgrimage to Hajj and Umrah would be limited to few numbers of Pilgrims as announced by Saudi Arabia’s ministry of Hajj & Umrah.

The Saudi Press Agency ( SPA ) reports that All nationalities of Pilgrims who are currently residing in the Kingdom of Saudi Arabia will be allowed however people resides outside of Saudi arabia will not be permitted to come and perform Hajj this year.

It would be difficult to maintain the social distance in crowded areas Hence limited number of people allowed for Hajj and Umrah as a precautionary measure to control the COVID19 cases said by the Saudi Arabia’s Ministry of Hajj & Umrah.

The Last year 2 millon total pilgrims have performed Hajj and more than 1.8 million pilgrims are traveled to KSA from other nations.

As per officials all Precautionary and safety measure are in place and taking care of proper spacing norms and forbiding the huge crowds during Hajj .

Offocials said that to aid the pilgrims the medical staff will be accessible to all the sites.

Please subscribe to Qatarjust.com for upcoming information on Hajj & Umrah