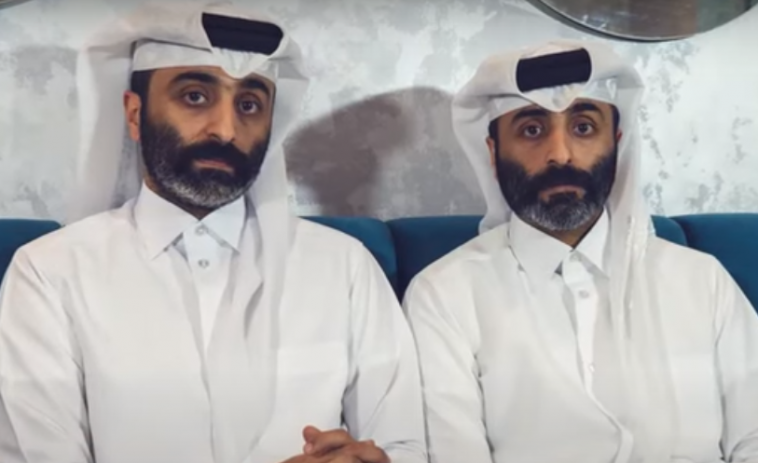 Qatar witnessed a show of bravery as Qatari twins Abdullah and Saleh Salim who also go by the name ‘Twin 22’ saved 10 people from a raging house fire that broke out in their neighbourhood in the Al Aziziya area. The fire resulting from an electrical wiring default soon turned out to be humungous as it engulfed the whole house.

Seeing the  fire, the twins, who were sitting at their Majlis, did not wait for the emergency Civil Defense to arrive and rushed inside the house which had quickly turned into a fire mess. When they reached to the house, they heard cries of help from women and children trapped in the rooms and were unable to come out as the main door had caught fire.

Heroically, the twins entered the house and rescued all the people stuck in the house. Though the women were under stress and exhaustion because of the smoke inhalation, they were able to cover the children with sheets thereby preventing them from smoke inhalation. The men of the house were not there as they had went for work.

Firstly, Abdullah and Saleh searched the ground floor entirely to ensure that no one was left behind or injured or in a state of trauma thereby making them unconscious. Unfortunately, they could not reach one of the maids who was on the topmost floor of the house and the flames were quite heavy at the main hall. This prevented the twins to get to her until the Civil defence arrived and used their equipment to rescue the maid from the fire.

The twins were thanked by the Civil defence personnel for their outstanding courage that they displayed to save their neighbours despite having risk of smoke inhalation resulting in shortness of breath. It was only because of them that there were no casualties and every person in the house was saved.

Talking to media, Saleh told that he suffered from asthma and that too didn’t deter him to help the people stuck in the house. He explained that due to smoke inhalation, he had shortness of breath for some time but the ambulance of Civil defence helped him with necessary medical assistance. He also said that he received many phone calls to thank him and his brother for showing extraordinary bravery in times of need.