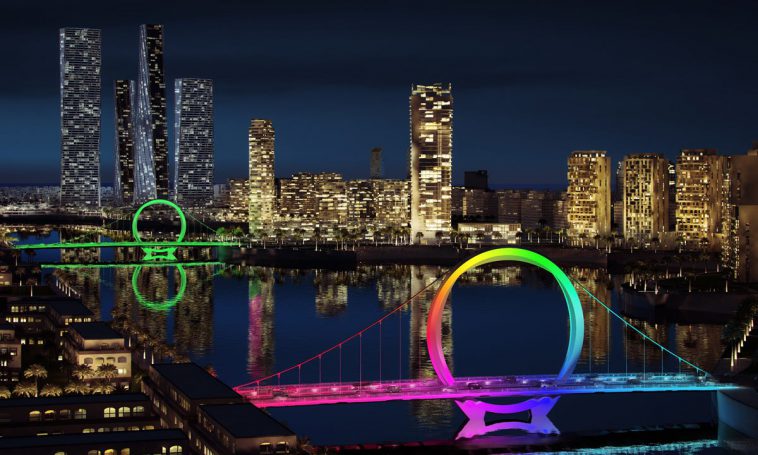 A world-class futuristic city perched on the waterfront set to turn into a modern community, tourist destination and a business hub. That’s the way Qatari Diar, the engineers of Lusail City, describes its biggest real estate venture which is also considered as one of the biggest smart cities in the world. If you haven’t been to Lusail yet, even enjoy the Marina Promenade and Crescent Park, then here are 5 more reasons for you to visit the up-and-coming destination in Qatar!

This July, it was declared that Lusail Stadium will have the last match of the FIFA World Cup Qatar 2022™ on December 18, 2022! With a limit of 80,000 people, its futuristic shape and exterior “echo the intricate decorative design on bowls, vessels, and art pieces used in the Middle East for centuries.” The stadium’s iconic design is “motivated by the interaction of light and shadow that describes the fanar lantern.”

As per the Supreme Committee for Delivery and Legacy, after the FIFA World Cup, the stadium will be changed into a multi-purpose community space, where residents can find all that they need under one roof. A large portion of the stadium seats will be given to sporting projects around the world.

These beautiful twin towers appear like something out of a mobile game, where the player needs to stack building blocks to build a tower as high as possible. As a general rule, the stacked up blocks end up misaligned. The main distinction is that this building really exists in real life and is situated in the Marina District of Lusail City. The Towers are luxury office space buildings with a view on The Pearl toward the southeast. The Marina Twin Towers have 33 floors and it was completed in 2016.

Opening in 2021, Katara Towers is set to turn into the future hospitality landmark in the modern and smart city of Lusail. From a remote place it would appear like a crescent however its design is really inspired by the crossed symbol of Qatar. Its 36-story twin arched towers will house a rich five-star hotel, but in addition the first six-star hotel in Qatar! The main structure will also include branded residences and a mix of recreational dining and entertainment facilities.

Motivated and named after the historical square in Paris, Place Vendome aims to bring the luxury and extravagance of the high-quality shopping and hotel street in France to Qatar. The 1,000,000m² development is set to turn into the new center of attraction, for residents as well as for regional and worldwide guests. It will have two five-star luxury hotels, a canal running through it directly from the sea, a shopping mall with up to 600 different retail outlets and a central entertainment area. It’s also planned to open in 2021.

Recently named as ‘Cubes Tower’, Waterfront Hotel and Apartments is a luxury 22-story residential building with an interesting exterior. As you can see from the photo, squares and rectangles appear to come out from the building. It’s additionally appropriately named because it’s apartments have awe-inspiring views on the Gulf and Lusail City. You can look over single to three bedrooms and obviously the 5-bedroom duplex penthouse apartments! The property additionally has direct access to the beach and has a pool on-site.

How to get to Lusail City?

If you don’t have your own transportation or prefer not to take taxi/ride-sharing services, you can easily get to Lusail through the Doha Metro.

READ MORE: How to get around Doha and nearby cities using Doha Metro