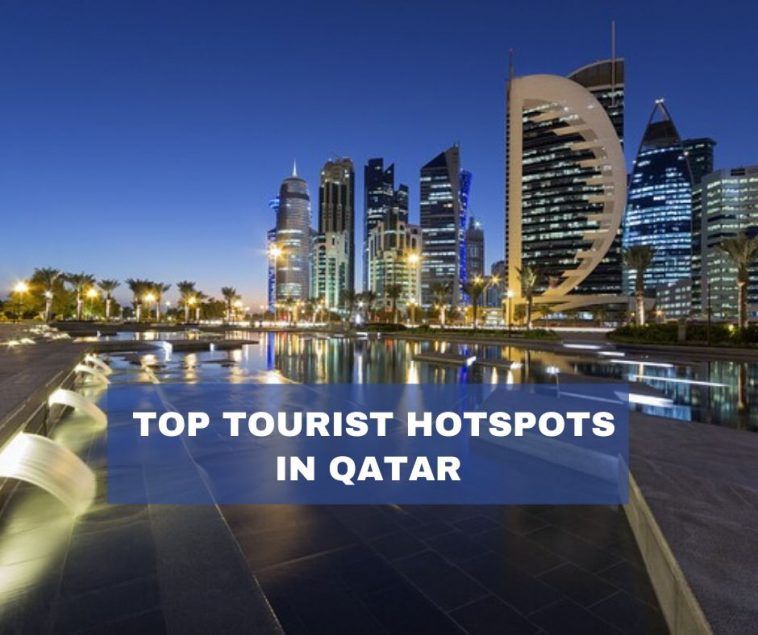 Qatar is a wonderland. It receives one of the highest numbers of tourists from around the world in the gulf region courtesy to its fully developed tourism sector. The tourism in Qatar is defined by the architecture the country has developed particularly in the last two decades. The efficient tourism sector has led to huge influx of tourists from different parts of the globe and thereby leading the social engagement of the country.

Here are some of the tourist marvels of the country that have quickly become the top tourist hotspots in Qatar. Check them out –

The Doha Corniche is one of the most travelled places in the country. it is a waterfront promenade which extends for seven kilometres along the Doha Bay in the Doha city, the capital of Qatar. apart from tourism, this place also serves as the national culture center where the Qatar National Day and National Sports Day are celebrated.

Since the development of the Corniche, it has facilitated tourism in the country and many of the iconic landmarks of Doha are centred on the Corniche such as The Museum of Islamic Arts, Sheraton Park and the Sheraton Doha Resort and Convention Hotel.  It is a popular place for walkers, runners, skaters, joggers and those engaged in leisure and social activities.

Souq Waqif is also called the standing market. It is a marketplace that aligns itself with the traditional values of Qatar and deals with traditional garments, spices, handicraft works and souvenirs. It is where most tourists come to buy souvenirs and take them home at a much cheaper rate but in great quality.

Apart from it being one of the rare traditional markets in the country, this place is also filled with traditional restaurants and shisha lounges which are perfect in Qatari cuisines and come with Qatari architecture. It is said that this place still holds the essence of early and medieval Qatar which has now evolved as a technology driven country.

This is the most visited tourist hotspot of Qatar wherein people come to understand the history of 14 centuries in a short span of time through the leading collections of Islamic arts. The museum displays the finest artefacts from across the Islamic world and those that have earned recognition from the top cultural institutions of the world. Watch and understand from the award-winning collections of art such as paintings, glassworks, metalwork, ceramics, textiles and manuscripts which also cover Mughal and Safavid periods.

The museum was designed by IM Pei who won the 1983 Pritzker Architecture Prize and you would not fail to witness the mastery behind all the architecture of the place. Apart from the astounding arts and culture extravaganza, the place also has some amazing indoor and outdoor cafes and souvenir shops.

One of the places where one can relive the culture and traditions of Qatar is the Katara Cultural Village which has successfully interpreted the architectural heritage of the region in it. this place is filled with amazing theatres, galleries and performance venues that can hold concerts, shows and exhibitions.

The most famous of these are is the Doha Film Institute’s Ajyal Youth Film Festival which takes place in November every month. This place also showcases indoor and outdoor film screenings as well as other recreational activities and attractions such as top restaurants which offer variety of cuisines.

The most amazing of all architectural developments in Qatar is The Pearl-Qatar which is the largest real-estate development in the Middle East. The place is spanned over 4 million sqm and is located around 350 meters off the coast of Doha. This place won the 2018-2019 “Best Mixed-use Development” award at the Arabian Property Awards. The place is filled with distinct features such as apartments, villas, townhouses, penthouses, diverse entertainment facilities as well as marina and beautiful beaches.

The architectural marvel has been divided into 10 districts and themed differently as per the demands of the investors. There are around 350 retail shops including fashion brands, coffee shops, restaurants, and other lifestyle products. it has 32 km of coastline with around 25000 dwellings.

The amazing Al Zubarah Fort is situated in the north-west coast of the country. it surrounds 60-hectare archaeological works which has been described as a UNESCO World heritage site and is one of the most extensive and preserved sites of the country from the 18-19th century. The place covers the remaining of the walled town which was once called as the most important location for pearl diving and trading center.

The Khor Al Adaid sea is located 60 kilometers away from Doha in the South-eastern area of the country. it is a UNESCO recognized natural reserve and has a separate ecosystem developed around it in the heart of the desert. This place is inaccessible by road but can be reached through rolling dunes.

This place is home to certain species of birds which are of national and regional importance. One can also find ospreys and Arabian gazelles here.

For FIFA 2022 Qatar has built eight football stadiums, the architecture of the stadiums are world class and par with European and USA stadiums. the final FIFA 2022 would be held at Lusail Stadium. Find more information about stadiums

Learn more about Beaches in Qatar

Know about Historic Places in Qatar