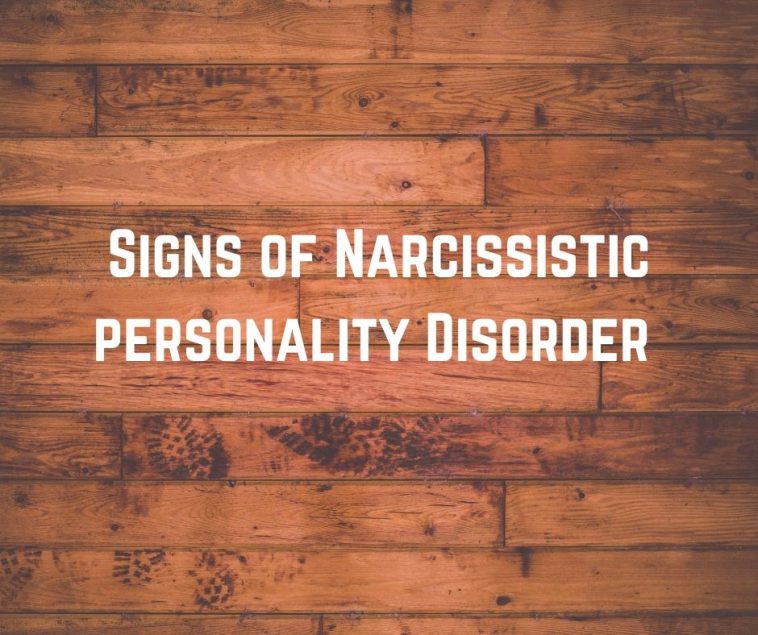 Narcissism is a mental state wherein the person has exaggerated sense of self-importance, lack of empathy for other people and obsessive craving for attention. In common parlance, such people are defined as narcissists, and they strongly believe that they are special and deserve special treatment from people around them. They are self-centered and likely to have multiple failed romantic relationships, poor familial relationship and even their professional relationships are unsteady.

Narcissism is a personality disorder, expressing deep-seated feeling of inadequacy and fear, developed during infancy or early childhood due to poor attachment with mother or the caregiver.  It’s difficult to change the behavior of a narcissistic person as they are extremely resistant to anything that may change their fantasy world. Even suggestion of change or disagreements are viewed as personal attacks and brings outright rage or cold shoulder from narcissists.

Traits of a Narcissistic personality

Most narcissists follow a pattern of behavior in their interaction with people around them. Ability to identify people with narcissistic traits can work as a warning signal while making friends, dating someone or hiring employees.

Here are some common traits of a narcissist.

Grandiosity is the alter ego of a narcissistic personality. People with narcissistic personality disorder nurse an unrealistic sense of superiority or grandiosity. Their arrogance lies in a strong belief that they are special (above average) and can be understood only by people who are as unique as themselves. They love to associate themselves with people in high status or to places and things that are a symbol of high position. Narcissists expect to be recognized as superior even though they have done nothing to earn it. They are so obsessed with the idea of recognition that they often lie or exaggerate about their accomplishments.

The narcissists live in their own world of denial of reality. They carefully create a fantasy world to support their own view of grandiosity, which is full of imaginations, distortions and sophistry. They weave self-lauding tales of success, power, intelligence, allure and ideal love to feel unique and in control of their lives. The habit of delusional thinking is a means of self-protection from inner hollowness and shame. So, any reality or opinions that contradict their fantasy world are ignored and labelled as unjustified. People living with and around such personalities encounter extreme defensiveness and even wrath, if they try to tread against the delusional world of the narcissist.

Narcissists survive on a steady supply of attention to keep their feeling of superiority intact (as it is not based on reality). For them an occasional applause or compliment is not sufficient. A narcissistic personality has an obsession for attention and love to surround themselves with people who will boost their ego. They develop one-sided relationship where they get uninterrupted attention from the admirer. Any disruption of affirmation or attention is labelled as betrayal by a narcissist.

Narcissistic people consider themselves special and above others, and expect favorable treatment all the time. They expect all their wishes to be fulfilled by people around them as they believe they are entitled to it. People close to them or around them should be able to anticipate and meet their whims and needs for continued relationship. And, those who dare to question their wish or ask for a favor in return must prepare themselves for outright aggression or outrage.

Narcissists are bereft of deep emotions and nothing gives them joy for long. They keep hopping from one relation to another craving for attention. So, they usually do not have long-term relationship. A narcissist lacks empathy as they view other people as objects to serve their needs. While narcissists love to be appreciated and pampered all the time, they cannot appreciate the feeling of sadness or guilt that others feel.

People with narcissistic personality are extremely selfish and care only for what they need. They can only be satisfied in a relationship which serves their need to the extent that it becomes exploitative. A narcissist will never think twice about taking advantage of the others if their object is served. Even if it’s pointed out to them, they refuse to understand anything beyond their own needs.

Frequent use of defense mechanisms

Narcissists hate confidence in others as they feel threatened, because they themselves lack self-assurance. They also feel threatened by people who don’t feel the need to kowtow to them. Any sort of challenge is perceived as a threat by narcissistic personalities, who resort to various defense mechanisms to cope with their perception of threat. The narcissists frequently resort to contempt, demeaning words, intimidation and bullying to boost their own flailing ego.