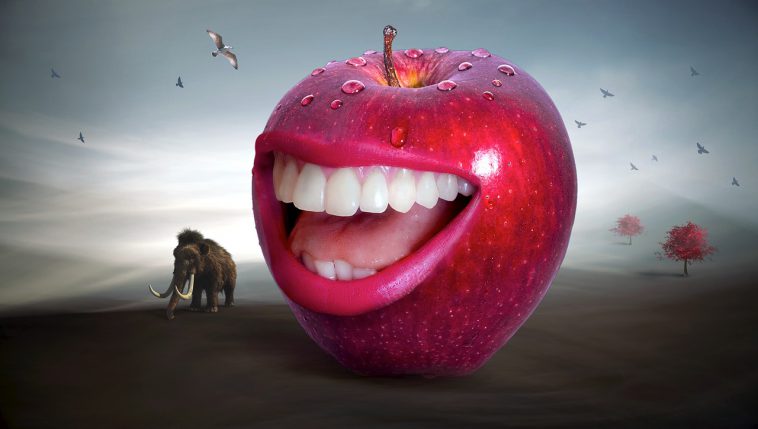 The food we eat fuels the entire body, including the brain that regulates the functioning of various bodily functions, such as the digestive, endocrine, circulatory and excretory system. A healthy diet provides the body with essential nutrients, which affects the structure and functioning of the brain – eventually affecting mood. A diet comprising of food such as whole grain cereals, legumes, vegetables, fruits, nuts, seeds, dairy, meat and fish is no doubt healthy. But a balanced diet means including nutrients that will provide nutrition for a healthy body as well as a healthy mind (read mental health). Several studies have indicated that a well-balanced diet – rich in wholegrains, omega-3 fatty acid, green vegetables, fruits, vitamin D and moderate caffein intake – can prevent onset of depression and mental disorder. Human brain needs good quality nutrition (free from refined and processed food), to function at optimum level and protect itself from oxidative stress. Serotonin – a neurotransmitter that regulates mood, appetite, sleep and pain – is produced in the gastrointestinal tract. So, the digestive system helps in digestion of food, and also regulates emotions.

The food we eat to sustain good health is also responsible for our mood and mental health. Some food has components of nutrition that have positive affect on mood, while others put us at a risk of depression.

Here are some food that have good effect on our mood and feeling of well-being:

Humans cannot produce omega-3 fatty acids that are essential fats needed by the body and brain. It’s an important component of the membrane of each cell in the body. Studies have revealed that consuming fatty fish like salmon, tuna, sardines and mackerel, may lower risks related to depression and mental health. Other good sources of omega-3s are walnuts, flaxseeds and chia seeds. People who consume abundant fatty fish have better brain functioning, while those with omega-3 deficiency were found to have mental problems, according to experts. Scientists have identified two omega-3 fatty acids – Eicosapentaenoic acid (EPA) and Docosahexaenoic acid (DHA) – with potential to alleviate mood disorders.

Probiotics are live micro-organisms that improve gut health by supporting growth of healthy bacteria. These gut bacteria produce over 90% of the body’s serotonin, which is responsible for mood and GI (gastrointestinal) functioning. Several studies have revealed that probiotics not only affect gut health, but also enhance brain processes like learning and memory – researchers term this link as the gut-brain axis. Additionally, probiotics has been found to have positive effect on people with symptoms of depression. Food rich in probiotics include yogurt, buttermilk, kefir, miso and pickled vegetables.

A diet rich in whole grains helps in maintaining healthy levels of serotonin, a neurotransmitter that regulates mood, sleep, digestion & brain function. Whole grains keep your body and brain energised for longer duration due to slow release of glucose in the blood vessel. Serotonins also help in getting restful sleep at night, due to its calming effect on the body. Whole grains keep you satiated for longer time, prevent onset of bad mood. It also prevents weight gain. People with fit body feel good and confident about themselves, which uplifts their mood. Quinoa, steel-cut oatmeal, brown rice and millets are good sources of wholegrains to boost the mood.

Green vegetables are rich in folate, a B-vitamin, which is essential for making red & white blood cells, energy generation, and for producing DNA & RNA. Folate-rich food support production of serotonin, the chemical known to prevent depression and improve mood. Several studies have found that people with depression had low levels of folate in their blood and also consumed a folate-deficient diet. Scientists have suggested that folate deficiency in diet impairs synthesis of serotonin, dopamine and noradrenaline, important neurotransmitters that regulate mood. Spinach, broccoli, okra, artichokes and turnip greens are some dietary sources of folate that may help in improving symptoms of depression and mental health.

People consume caffein as a beverage to stay alert and energetic. Caffein works by stimulating the central nervous system, triggering release of chemicals like dopamine that affects mood and productivity. Caffeine improves mood and performance by inhibiting the receptors of neurotransmitter adenosine, increasing brain excitability. Consumption of coffee and tea (in moderation), high in caffein, leads to reduced risk of depression, as per studies.

Food has a definite and potent effect on mood. The above suggested group of food is no doubt an elixir for steady mind. However, care has to be taken to include a healthy mix of the valatrious food in the diet to receive optimum benefits. Also caution needs to be taken while trying to cure mental health, as food cannot be a substitute for medication.