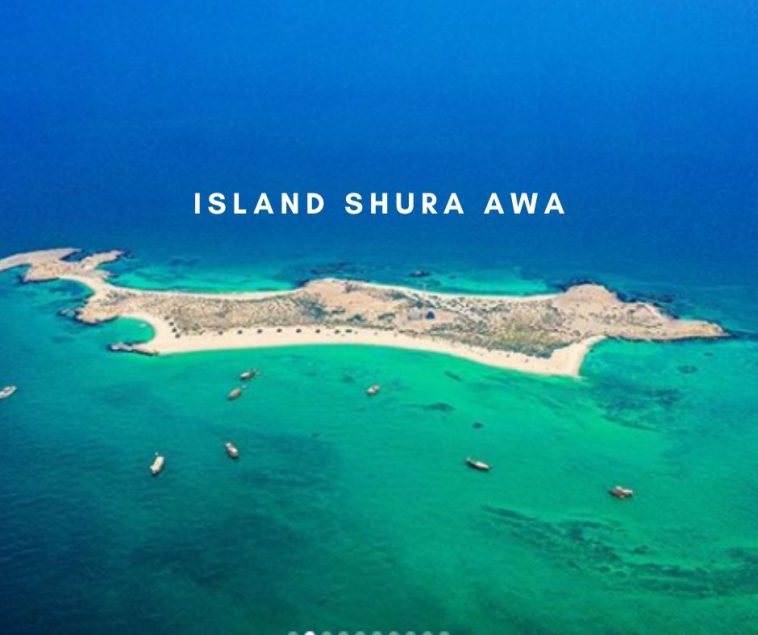 Have you heard about the mesmerizing Shura Awa island? do you know that apart from the mainland, the Qatar also has a beautiful island city off the coast in the Persian Gulf of the Arabian Sea?

Yes, this place exists and it is like one amazing pearl in the beads of Qatar’s necklace because it is one of the most beautiful and highly untouched places of the earth which is largely away from all the hustles and bustles of the city life.

The Shura Awa is a beautiful Island located off the coast of Qatar in the Persian Gulf region of the Arabian Sea. It is a small island with an area which is 1 km long and c.500 m wide and is made largely of rockly hills with crags and slopes and has salt-tolerant bushes as well. the island is surrounded with the pristine green waters of the Arabian ocean and has remote beaches with golden sands on them. the area is made of coral reefs and it is a must see place for all and specially for Qataris.

Who reside on the Shura Awa Island

Though the island is largely uninhabited, you can find a variety of wildlife animals and migratory birds who frequent the area when they are on their way to a different location. Also available on the island are wild rabbits and turtles.

Where is the Shura Awa Island located

The beautiful Shura Awa island is located 76 km east of the mainland Qatar and from the Doha harbour. It is located between Qatar and the United Arab Emirates and is close to Dinyah Islands and it can be reached by boat in an hour ride. The coordinates of the place are –

Its UTM position is XH26 and its Joint Operation Graphics reference is NG39-11.