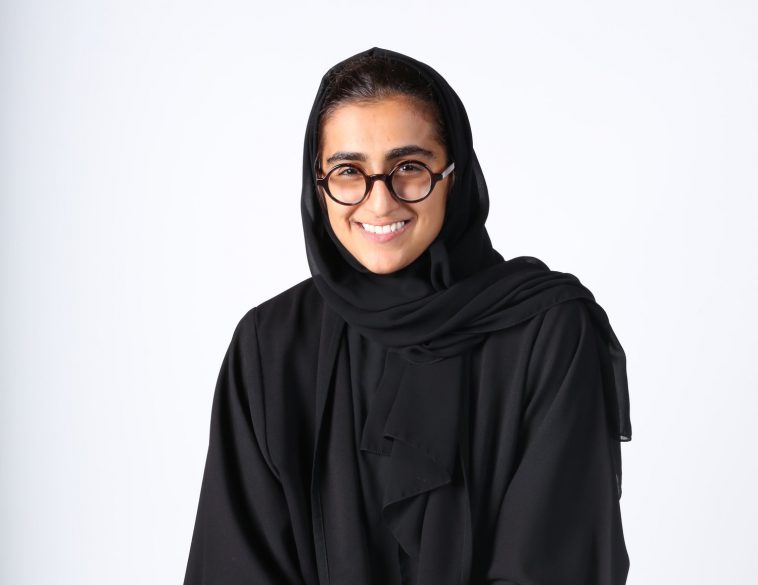 Amal A. Al-Muftah didn’t have thought of her filmmaking class in high school (she went to the Qatar Academy) when she started even though she loved watching films, however destiny had different plans. With time, she built an interest for it and the rest, as it’s been said, is history!

Amal is a Qatari filmmaker who was brought up in Al Wakrah, and has been known as ‘the rising star of Qatari film’. At 24 years old, She already has various movies surprisingly.

Why are films important to Amal?

At workshop, she explained why movies are important to her:

Amal, a 2019 graduate of Communications from the Northwestern University of Qatar (NU-Q) where she made the narrative called “Split Second” for the NU-Q THIMUN Film Festival winning her the Best National Award and the People’s Choice Award, likes to feature the shortcomings of people through her movies. Furthermore, during this process she also triggers queries and discussions on various social issues.

What reason does Amal call her films her ‘own babies’?

Amal loves making films and is attached to all of them. She sees them as her ‘own babies’ because each was brought to life and raised differently.

What is Amal’s motivation?

Amal draws her motivation from the rich history and culture of the region.

What kind of movies does Amal like to make?

Amal likes narratives, to have the option to make a story. But, she enjoys making narratives and having the option to record the current situation. Her point is to have everything to do with filmmaking – from narratives to stories, to ads – all of it!

Does Amal recommend filmmaking to other women in Qatar?

She does, particularly Qatari women. She told Women of Qatar:

What else is Amal passionate about other than filmmaking?

Amal enjoys sports like cycling, boxing and water sports, and prefers attending sailing and scuba diving courses. She wants to travel, read, write, cook and she can play the oud and the guitar.

Here are a few trailers to Amal’s movies:

“Hamali” (2013), indicated the lives of the porters at Souq Waqif and won her an award.

“Al Kora” (2014), was her first short film. It was about a brother and sister trying to retrieve a lost football in an old Qatari village.

“Smicha” (2015), was motivated by her grandfather. She learnt a lot and increased massive confidence from this experience. She masterminded a private screening of the film and won a great deal of praise from local people. Specifically, all her relatives loved the film since it was related to them.

Sh’hab” (2018), was made in association with the Doha Film Institute and is about a naughty 8-year-old girl in Al Wakrah. Who might effectively spend time with her dad and older brother at sea. With an end goal to protect her home and safety, her mom starts to share with her the most detailed mythological stories about falling stars. Yet, this just stirs the little girl’s creative mind further, and she finds one around at night in an enchanting story about innocent interest and wonder.

The above are some of Amal’s movies. For more information about what films she’s made and what they’ve been about, kindly visit: https://www.amalalmuftah.com/title

To know better about Amal and see what new things she has in store when you follow her social media accounts: